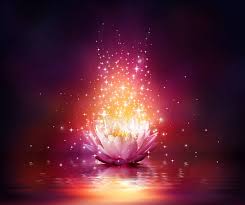 If God is love, the universe is grounded in love and exists by and for love. Love is the purpose of the universe.

It was out of wanting to share love that God created the universe in such a way that matter intrinsically evolves towards spirit, and Earth went from rocks and water to human beings. Things have gone from pre-personal to personal and are heading towards the super-personal where all are filled with God and love God in return.

Humans are at the center of this personalization process, not some accidental branch on the tree of evolution. And the process was furthered when Jesus said the greatest commandments are to “Love God with all your passion, prayer, intelligence and energy, and love others as well as you love yourself” (Luke 10:27 as translated by Eugene Peterson in The Message).

Ilia Delio, a Franciscan nun, wrote in a chapter titled “Love, Sex and the Cosmos” that sex is basically spiritual. The sacred life-force that drives the evolution of the universe moves us from within with unitive desire. We all want union as intimately as possible with another human being. Sexual intercourse was meant by God to be the apex of the personalization of the cosmos, an integral part of our personal fulfillment with a beloved soulmate we can share life and love with.

Going even further, sexual intercourse could be thought of as the primordial sacrament, since God’s first words to humans were “be fruitful and multiply” (Genesis 1:28) and without sex there would be no human race, religion, church or sacraments.

Given the sacredness of sexuality, how did we end up with a widespread culture of sexual abuse and rape, as the “Me Too” movement testifies?

One explanation was given by Martin Buber, the great Jewish theologian, who wrote in his spiritual classic I and Thou that there are two basic ways of relating to everything: I-Thou and I-It. The I-Thou way sees everything as a sacred “Thou” full of the presence of God, including humans, animals and all of nature.

However, in a technological consumer culture we tend to relate to everything as an It, that is, as a soulless object to be used for our own self-centered purposes.

A young woman once said “I decided to get married because I am fed-up with the ‘hook-up’ culture where you are expected to have sex on the first date. I want true intimacy not fake ‘intimacy,’ a code word our culture uses for sexual intercourse. It is easy to bare your body and have sex; it is hard to bare your soul and make love.”

Not everyone can have sexual intercourse, but anyone can make love in the sense of opening up your soul and sharing who you really are with others. Single people, the elderly and even vowed celibates can make love in this sense. William Johnston, a Jesuit writer on Christian mysticism, described in his autobiography Mystical Journey how he and Amy Lim, a Japanese nun, had a decades-long intimate but non-sexual relationship when he taught spirituality and theology in Japan.

To learn more about making love in the spiritual sense, I would recommend Embracing the Beloved: Relationship as a Path of Awakening which describes a Buddhist way of intimacy as a “tandem inner journey towards spiritual realization.” Or read Pope John Paul II’s personalist “theology of the body” as popularized by Christopher West.

Since 2002 I have been a full-time spiritual director and marriage coach in private practice in London Ontario. I have published two books on spiritual direction. One of them, Finding Seekers, is a best seller in the field. See Amazon.com The London Free Press has published over 150 of my articles on spirituality and I have facilitated marriage preparation with over 3000 couples. For more information see www.brucetallman.com View all posts by Bruce Tallman